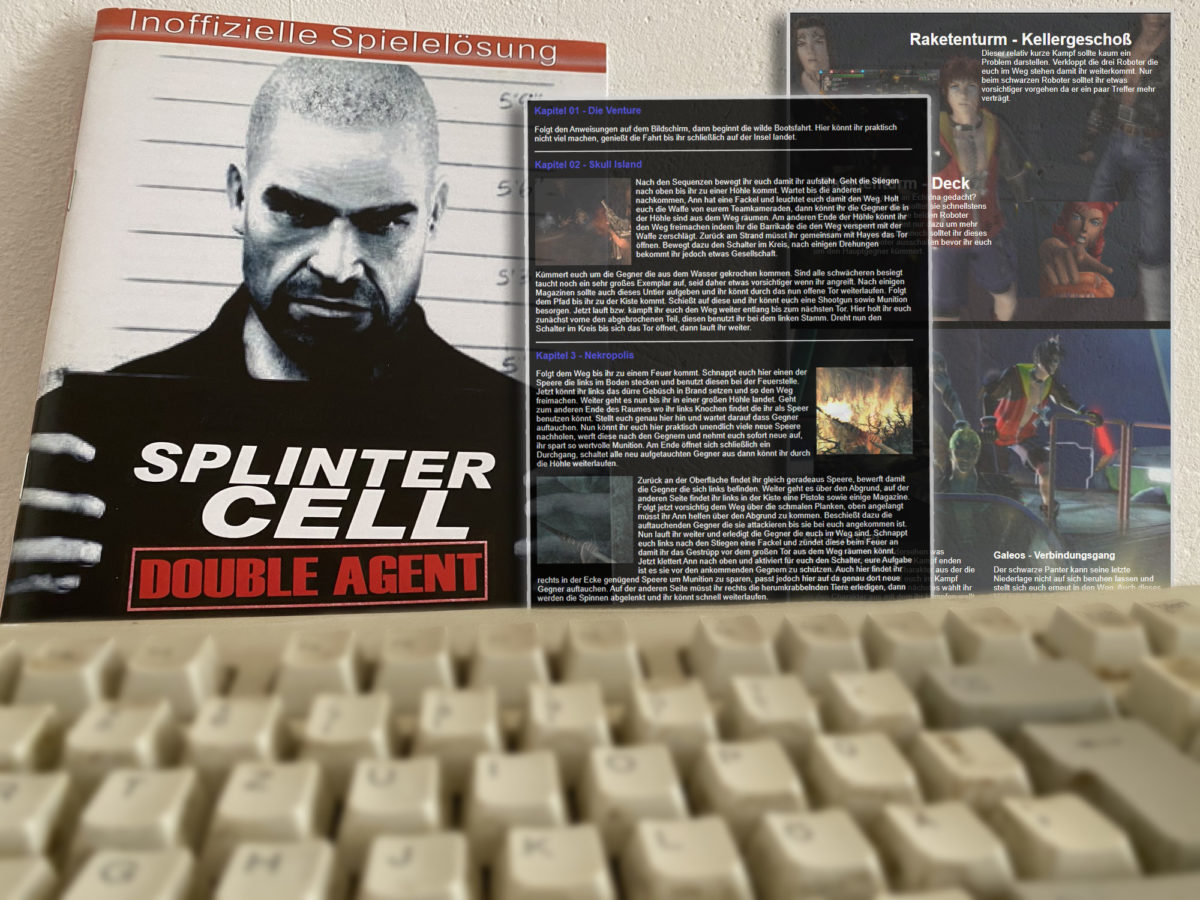 I already covered my first small steps into print publications in the last part of this article series. Something that becomes a larger part of my video game walkthrough writer career from 2006 forward. And I started to study at the university.

The first half of 2006 was dominated by online walkthroughs. I was still mainly writing for Mogelpower.de and covering various games released back then. One rather special game comes to mind, King Kong. The game was released parallel to the new King Kong movie by Peter Jackson but had more of a survival game feel to it. Fire was the most powerful thing in the game, using inflamed spears was the only way to keep very aggressive dinosaurs at distance, since firearms or direct conflict were not an option. This gave the whole game a very specific survival tone, just barely making it and always close to being eaten by monsters.

Another memorable game is none other than Shadow of the Colossus. Its atmosphere and vast emptiness create a mood only a few games manage to accomplish. The trend of video games even back then was already going towards gigantic sandboxes like the Grand Theft Auto series; Open worlds, endless side missions, and hidden stuff. Shadow of the Colossus was the exact opposite of that, telling a seemingly simple story with only a few words. It creates a feeling of solitude, offering at the same time gigantic boss fights and challenges the player to question this very mission he was sent out to accomplish.

Since I was already writing texts (in my case walkthroughs) for a few years, I decided to further pursue this path by studying something in that field: Journalism and Communication Studies at the University of Vienna. “Publizistik” (the German name) covers a wide range, from practical journalistic seminars to mass media communication theories and statistical social science methods. So basically a chance for me to learn more about the theoretical side of what I was doing the last few years and further expand my knowledge.

Around the same time, I also started to work together with a small German print publisher. They released printed video game walkthroughs, which was – as I mentioned in the last part of this series – quite a big deal back then. And of course which game series would be more fitting than Splinter Cell as my first print release. Splinter Cell Double Agent was a rather dark turn for the series, which also tweaked some of the stealth aspects of the series.

One of my more extensive print work at that time was Dead Rising. The walkthrough covered the whole game, which consists of rescuing different survivors, fighting mini-bosses, and a very rigorous time limit. Most of the quests in the game are somewhat optional and require multiple playthroughs to level up first. The guide told the player the best route and order to do all those tasks and where to get the best items.

In 2007 I also wrote a print walkthrough for Uncharted, which was my first walkthrough for the Playstation 3 and also a good reason to finally get one. Uncharted is another video game series that accompanied me throughout my carrier as an author. Even though a very short game, the first Uncharted had many hidden treasures, something I covered with screenshots to make sure that players can find all of them.

University was mainly a way for me to learn more about what I was already doing. Whilst doing more print work, I also looked into some other ways to write about video games, which will be covered in the next part of this article series.