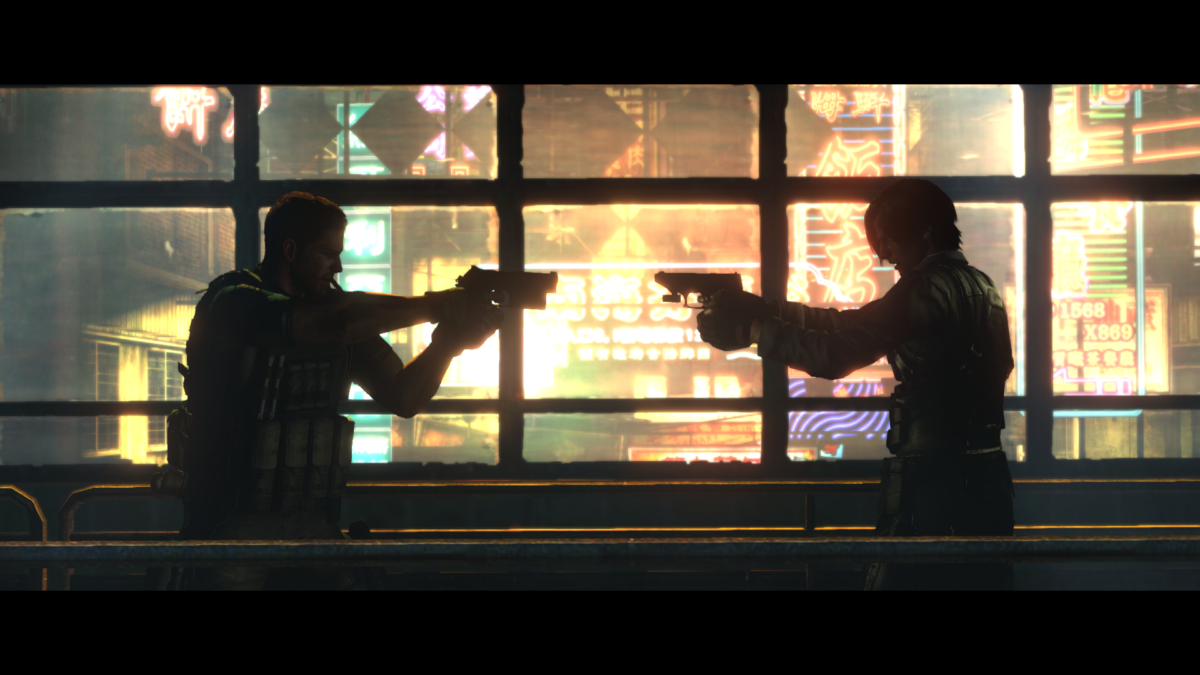 After some great new Resident Evil games in the last few years, I also started to give some of the games I skipped another chance. The most controversial one of them by far is Resident Evil 6. A game that seems to polarize the audience when it comes to its perception.

Resident Evil 6 has four campaigns that are supposedly different from each other. Coming from older games in the series it is recommended to start with Leon’s campaign because it’s somewhat “survival horror”. Well, maybe if you’re coming from Resident Evil 4 and if you loved the Village scene at the beginning, fighting off (what seems endlessly respawning) enemies and only following fixed paths with minimal puzzles. But even in the first chapter, the Leon campaign requires you to shoot almost all enemies in your way (and there are many of those). So maybe adjust your expectations accordingly and you’re fine. Think more of Resident Evil 5 with Leon.

Speaking of Resident Evil 5, if you missed Chris Redfield, here he is. The main difference to Leon’s campaign is no puzzles whatsoever but enemies that shoot back at you. So that’s more for the shooter fans out there. The ones that never ever in their lives played Gears of War or any other shooter in the last 30 years.

As some reminiscence to the good old times, you can either play Sherry Birkin (the daughter of the mad scientist in Resident Evil 2) or Jake, the son of Albert Wesker (whenever he had time for a son, with all that world domination plans). This campaign is a little bit less action but includes one of the worst quick-time events of the game. Yes, I’m specifically talking about a certain door sequence at the end of Chapter 2. They also try to include some Resident Evil 3 Nemesis vibes with Ustanak, but only the annoying parts of it.

Guess who’s back to safe Leon over and over again? Aida Wong. That’s the fourth campaign and also explains a little bit more of the confusing story, which I don’t want to spoil for you here if you want to experience it yourself. Gameplay-wise it includes a forced stealth section, which the game luckily drops after around 5 minutes.

Is it that bad?

The amount of fun you’re going to have with this game depends on the kind of Resident Evil game you like. You should be fine if you’re favorite is Resident Evil 4 or 5. If it ended for you with the 2002 Gamecube Remake, rather skip this one. It’s more of an action game than anything else, which only becomes an issue if that’s not what you like about Resident Evil. The game is also very long and repeats some sections (no, not the good ones). The story doesn’t add much to the series either and the game takes itself a little bit too seriously. More light-heartedness and over the top cheesiness like Revelations 2 would’ve worked probably way better for this game.