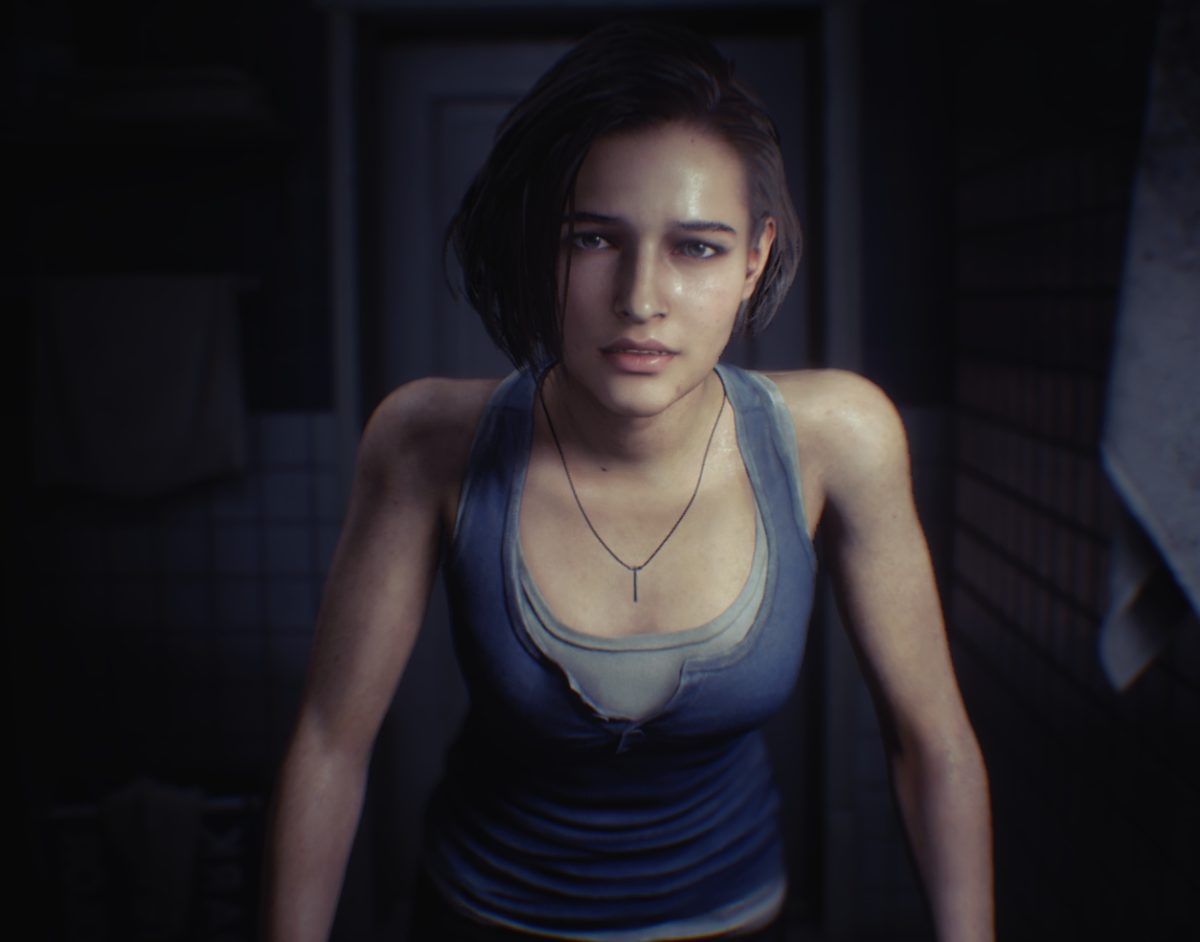 Last weekend I finished Resident Evil 3. It was short. But it was good.

After I played the demo in March, I was not 100% sure if I would enjoy Resident Evil 3. Don’t get me wrong, I liked the demo a lot. But of course, full games are always different. It was also not clear how often you get chased by Nemesis. At the same time, the Resident Evil 2 Remake last year was already very enjoyable, so what could go wrong?

Back to Racoon City

So, the short answer: Not much. At least for me. I already enjoyed the overall gameplay mechanics of said remake. It’s just more of the same, with different varieties of enemies and occasionally Nemesis hunting you. The area of the demo is one of the bigger ones to explore, whilst many other areas are often crossed in a very stressful way.

The very beginning of the game is already a good example of how many sections are explored: On the run. After the initial chase, there is a bigger area to explore, but shortly after that Nemesis returns. A short intermezzo in the sewers is followed by ridiculous boss fights, burning buildings and more (I don’t want to spoil it). Carlos is also playable, he returns to parts of the police station from Resident Evil 2 and later to a hospital. The only thing I didn’t enjoy about his sections is the emphasis on action. Many of the corridors are so crawling with zombies, that even with dodging its rather impossible to get through, not to mention a horde mode like section.

I tend to remember the past with rose-colored glasses, fighting Nemesis just with the pistol in front of the police station (that was not the fun part). So I watched a quick speed run of the original PlayStation version to refresh my memory. First, the new title is more condensed. On the PSX you had to run around all over the map, getting different items and combining them to get to the next area. Basically, transferring the classic Resident Evil mansion formula to a city scenario. Many of these old areas are still here, but they feel different since you’re chased by Nemesis in some of them. I also miss some of the puzzles of the old game – not the one with the water sample – but a little bit more would’ve been nice.

It took me only the weekend to finish the game, including bonus weapons and multiple runs. I even made a short guide covering missing save points and a video where to find the gems.

But to be honest, I prefer a short and great experience over 50+ hours of side quest and skill trees. Time is precious and I was entertained every second of my playtime. The overall tone of the game is intentionally ridiculous and is crowned by the last boss fight. But Resident Evil 3 also takes a big step towards pure action. Almost no puzzles, many situations where fighting is better than running (or just not possible) make me a little bit anxious. It works for Nemesis because he is that unstoppable force. Having him not chasing you all the time doesn’t even make too much sense, I guess. But 15 years ago, the series already took the path to more action. I hope there will also be a place for Survival Horror with more exploring and less shooting.