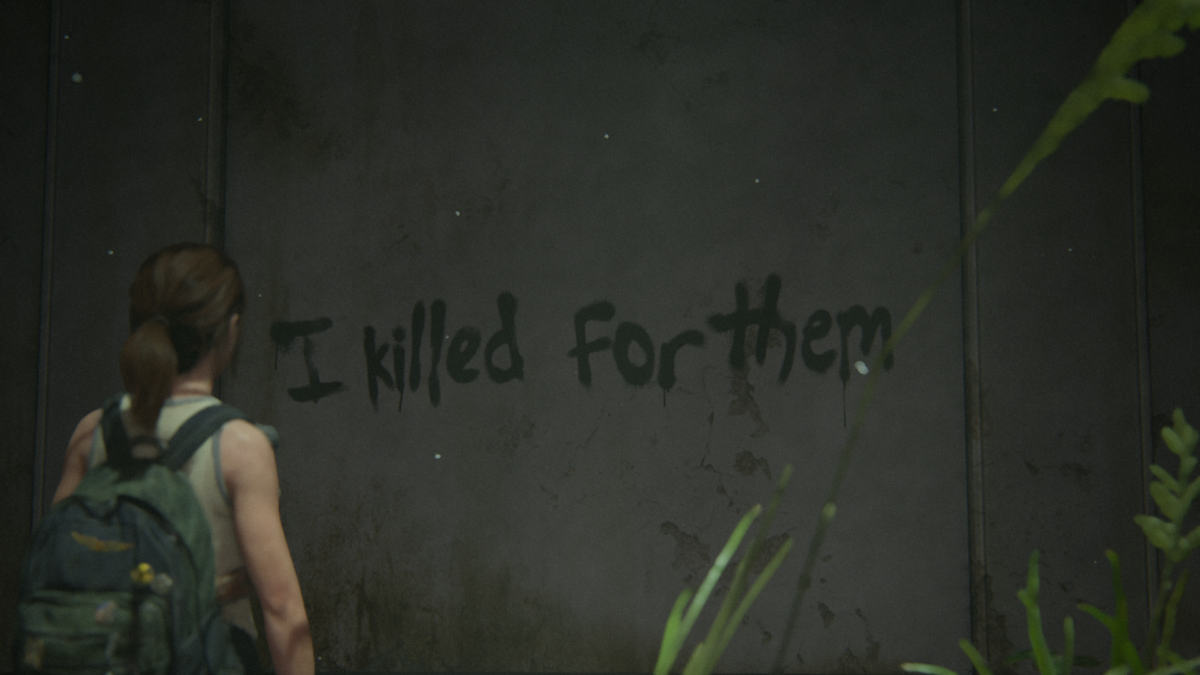 Catching up on this game, I tried to keep my expectations low. I even managed to avoid spoilers. But The Last of Us 1 casts a long shadow.

I’m not a big fan of gory scenes. In games, I usually don’t mind, but Last of Us Part II managed to gross me out extremely fast. Of course, I’m talking about the death scene of Joel. Very early in the game, very brutal, and knowing the events of the first game somewhat hard to comprehend. Of course, he killed all those Fireflys. But why was this particular scene “necessary”? Why exactly was it not enough to “just” shoot him in the head or something? For the rest of the game, I was waiting for a justification, something I might not know about Joel. But it never came. It only reminded me of the Walking Dead, and it’s main premise: “how to kill off characters in the most brutal way”.

After a very long first half of the game, I was forced to play Abby, the one that killed Joel. Right from the start, the game tries really really hard to make the other side more human. Starting with the father of Abby, which is of course the Firefly doctor of the first game, performing the operation on Ellie. After this scene, we also see the more human side of the other main faction of the game, with schools and dedicated places for pregnant women. They are not so bad, right? Well, only a chapter later we also see how they treat their prisoners. But the game doesn’t give up so easily, all the people (and dogs) killed by Ellie during her playthrough are now alive and not so bad people. You just have to get to know them better! Sadly all this build-up happens after the brutal murder of Joel and a cliffhanger where I wanted to know what comes next. So everything on the way to that scene felt like a drag. Very much so the whole Scars sub-scenario, rescuing two kids, to have one of them die anyway. I often felt like running through the bigger areas with enemies, to progress the story faster.

At the showdown, when you play as Abby against Ellie, the game almost succeeds in what it wanted to achieve: Make you understand that both sides are neither good or bad.

But the game doesn’t end there. Naughty Dog couldn’t let go after the ending of the first game and neither can’t Ellie in Part II. After a short farm scene, picturing a happy life with her girlfriend, she continues to pursue Abby. This last scenario felt strangely rushed, almost like some chapters are missing. In the end, Ellie can’t kill Abbey. The game ends with her being alone on the now-empty farm.

Failing at your own standards

I don’t want to condemn the Last of Us Part II. Many people worked very hard on this game. With more time and more iterations, this game could’ve delivered its message more convincingly: A world where there is no good or bad. Just horrible people, doing horrible things. Well, at least assuming this view of human nature is not flawed by itself.

Video games are an interactive medium, players perform those horrible acts themselves. And games reflecting on that are extremely rare. But a lot of fine-tuning is necessary to make this balancing act work. And Last of Us Part II lacks this fine-tuning, especially when it comes to interactivity. As it is the tradition with Last of Us 1 – where you never got a choice to either save Ellie or the world – Part II forces you to beat one of the enemies to death and to continue Ellie’s pursuit of Abby.

The first game at least justified the lack of interactivity with a well-executed story and a long journey, carefully building up the relationship between Joel and Ellie. Joel’s motivation was foreshadowed by the tragic beginning of the first game, his decision at the end of the game does make somewhat sense (if you agree with it or not is a different story). But I was never able to sympathize with any of the characters in Part II. I’m probably also not supposed to. But for some reason, everything in this game feels off. The emotions between the characters, how they behave as well as their motivation.