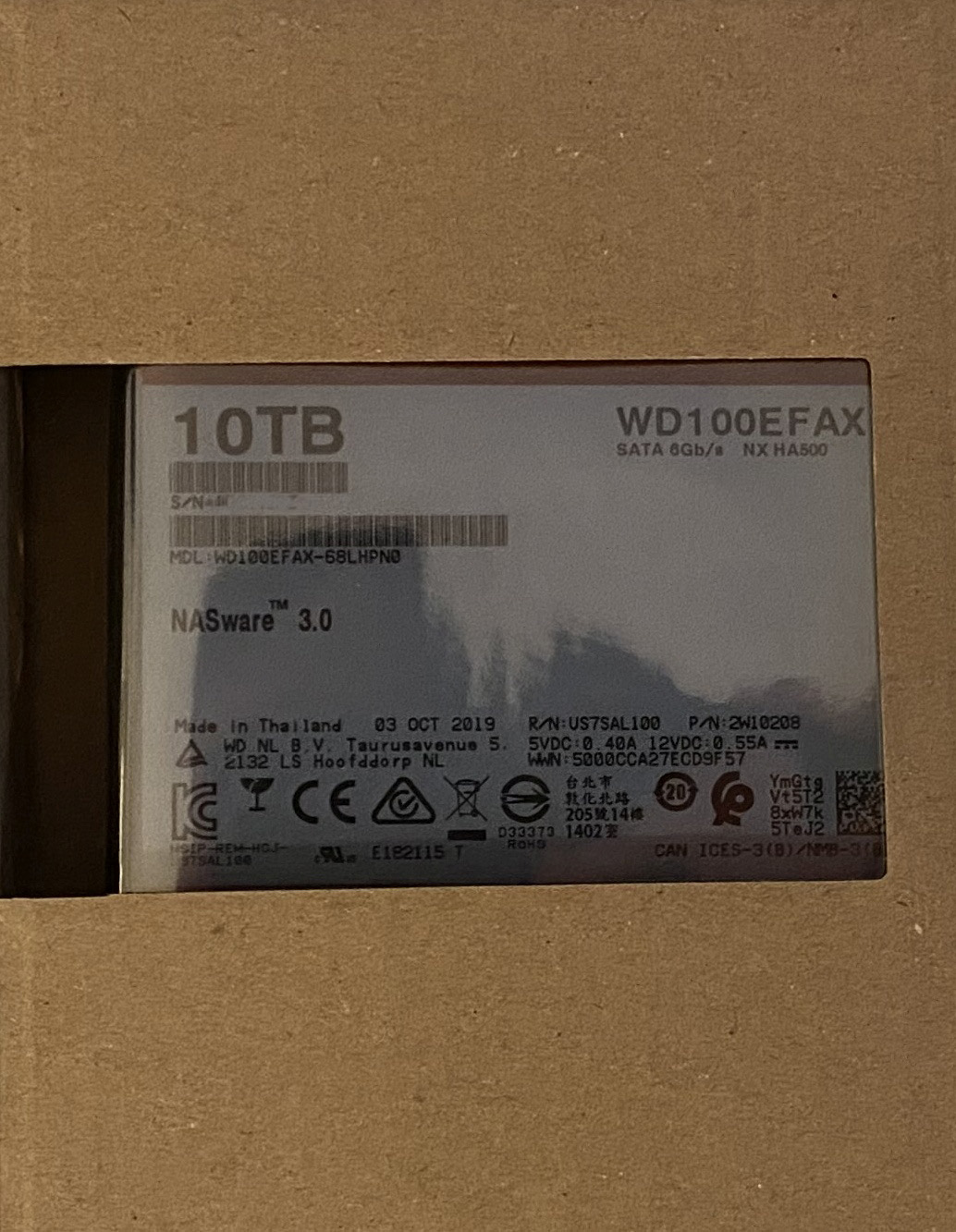 Running low on NAS disc space? You might stumble upon two different variations of the Western Digital WD Red 10TB and wonder which one to choose.

The first thing you might notice is the lower price of the WD101EFAX, at least here in Europe. But looking at the specifications below, you quickly notice some odd trade-offs. The WD101EFAX is louder and consumes more energy:

I also added the 12TB variation for a better context. But what is the actual difference between those two models?

Western Digital doesn’t communicate the difference between the two hard drives and a quick online research doesn’t reveal much either. However, a German message board points to an article about the Western Digital Ultrastar DC HC330. The big feature of that hard drive was the usage of air compared to helium. The trade-off? More energy consumption and a higher operating noise.

Users on r/DataHoarder reached similar conclusions , a quick search on this subreddit also reveals that many dislike the newer model for its loudness and temperature. Some users also pointed out that Western Digital (and other manufacturers) quite recently conceiving product changes, regarding the usage of SMR over CMR in some drives.

Which one to buy?

Looking at the comments on Reddit, users seem to be rather unhappy with the WD101EFAX. Comparing the prices of those two hard drives it gets even worse. The old WD100EFAX was basically never sold much bellow the 300 Euro mark and usually more around 330 (according to a price comparing website). The WD101EFAX is currently sold at around 300 and was never cheaper than 290. This means you save 10-40 Euro to get a hard drive which is 9 dB(A) louder and consumes 2,7W more power, its also only 5MB/s faster.

However, whilst writing this article the prices for the WD100EFAX are already at around 350 Euro. Plus I wouldn’t trust retailers to differentiate strictly between the two models. But hey, at least my order was canceled after they discovered it.

Taking a look back at the table above, you might notice a certain 12TB hard drive. If you’re using Synology’s Hybrid RAID (SHR) you potentially loose 2TB, but the WD120EFAX is currently sold for roughly 350 Euro, landing in the ballpark of the old 10TB. Of course, it’s using 0.6W more compared to the WD100EFAX and it’s 14 MB/s slower. But comparing the specs to the current WD101EFAX you might end up with something better, especially if you’re used to the WD100EFAX.

But I do hope that this topic will get more publicity, including detailed comparison tests. What’s even worse, it also shakes my trust in Western Digital. Selling a hard disc with noticeable worse specifications at an almost unnoticeable price difference without even communicating whats changed brings to mind the recent SMR/CMR issue. Which is a pity, since I have a very good track record with Western Digital hard drives, so I do hope that this kind of product changes will be communicated more open in the future. This way I can decide for myself to stock up on the old model or wait for the newer one to get cheaper (and live with the downsides).