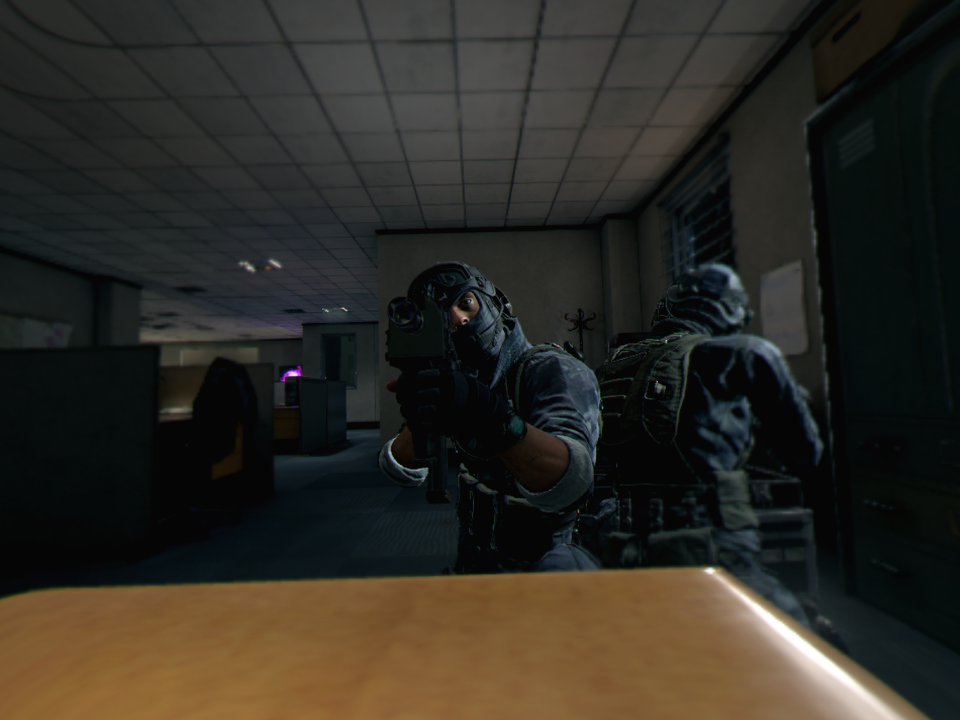 After Astro Bot I tried Bravo Team. It’s a very different experience, not just because it’s a shooter.

Still lying around from my Farpoint bundle, the Playstation 4 Aim Controller was somewhat collecting even more dust than my PlayStation VR headset. Bravo Team offered a chance to use both and I jumped right at it.

The first section of the game is a bridge and already here some of the rather unpleasant game mechanics surface almost immediately. You can move from one cover to the next, but that’s rather hard with a seemingly endless stream of enemy’s spawning in front of you. The starting weapon is also not exactly built for ranged encounters, so you should not keep too much distance. However, if you push to close to the enemy line, they tend to run past you. Something the controls of the game are not prepared for: Bravo Team is a cover shooter in VR. You can’t move freely, you only choose to move from one cover to the next, or retreat. With that movement, I prefer enemies only from one side (even though you can quickly turn around and spend some time re-orientating whilst searching for that one enemy).

The aiming mechanics of Bravo Team where already present in Farpoint (no, not the first episode of TNG, the SciFi VR shooter). Almost every weapon in the game has some sort of sight. But here is the thing, when I aim with something like that, I tend to close one eye, which is not ideal in VR. It works but feels awkward. It could also just be me though.

What definitely didn’t work was the sniper riffle. For that, you have to move the Aim Controller closer to your “eye”, magnifying the target somewhere far away. As innovative and funny as that sounds (at least if you never heard of Silent Scope, but who knows Arcade games nowadays), in practice, it’s clumsy at best. Like adding GIFs with no pause button.

Bravo Team is short. Some might say it’s one of its strengths. But the game is not all bad, once you get used to the endless enemy spawns and just rush like there is no tomorrow, it gets somewhat entertaining. And I do think there is a strong use case – especially at times like this – if you happen to have friends with a PlayStation VR headset. Even though I played the game solo, I think playing it together with a friend would greatly enhance the experience.